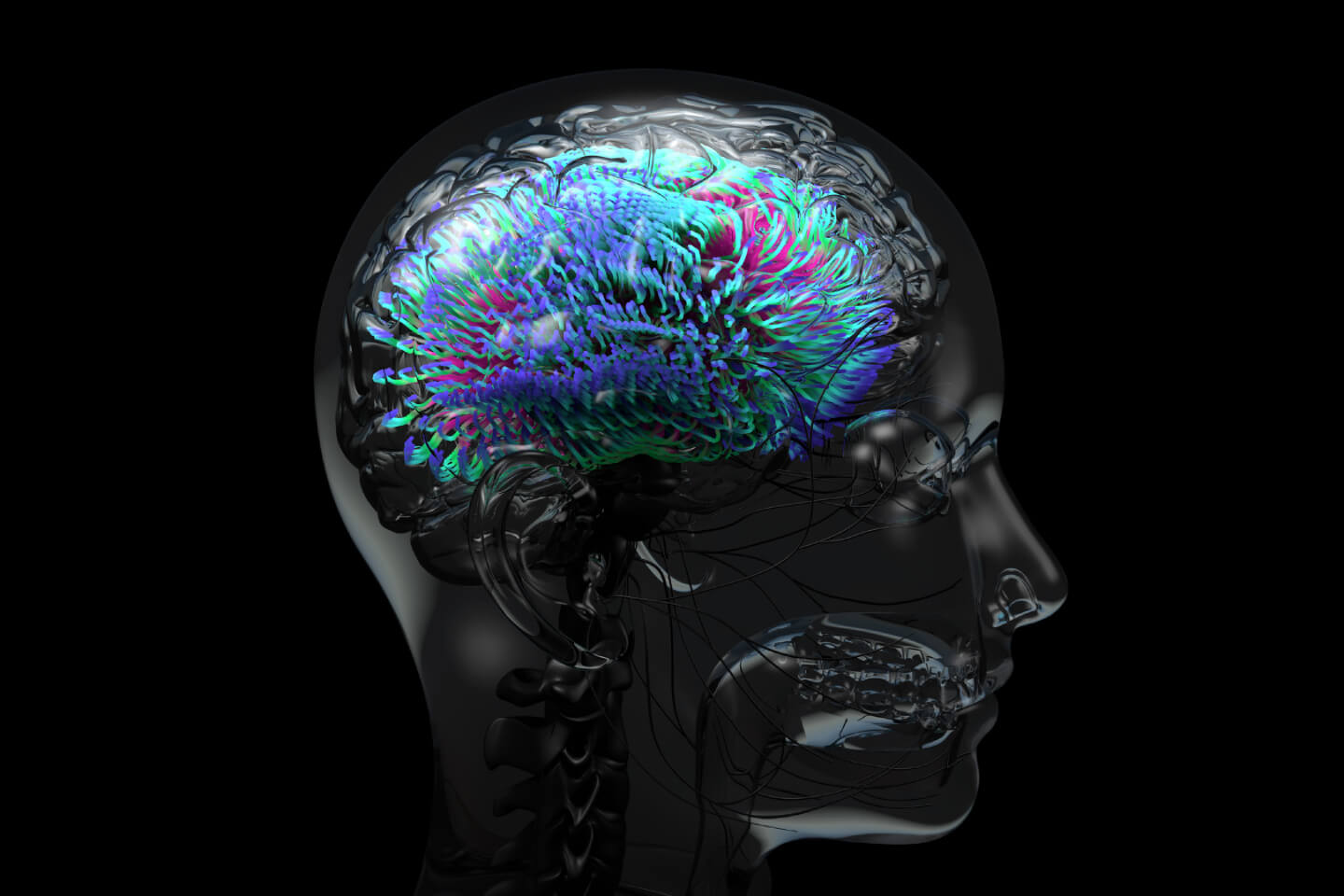 The entire journey of this research about beliefs and how they are created started over a discussion with an amazing spiritual healer, Marius Spiridon, who was formed as a leader among the Navajo American Indian tribe. Hope you will find it useful!

What is a belief?

There are various different ways that contemporary philosophers have tried to describe beliefs, including as representations of ways that the world could be (Jerry Fodor), as dispositions to act as if certain things are true (Roderick Chisholm), as interpretive schemes for making sense of someone's actions (Daniel Dennett and Donald Davidson).

I found the easiest way to remember the definition of a belief by understanding its characteristics:

A belief fulfils several conditions:
- it’s always about you
- it’s a 100% true
- it manifests itself within persistent or obsessive actions, related to a fixe “way of being”, meaning that you end up doing the same thing over and over again

Now if you are still curious what science says about beliefs, here is a scientific explanation that I learned while reading Ralph’s Lewis work.

"Beliefs are energy-saving shortcuts in modelling and predicting the environment. Our brain is an energy-expensive organ and because of that, it had to evolve energy-conserving efficiencies. It must take shortcuts for pattern recognition as it processes the vast amounts of information received from the environment by its sense organ outgrowths.

‍Beliefs allow the brain to filter complex information, enabling it to quickly categorize and evaluate information and to jump to conclusions."(Ralph Lewis M.D.)

To make it clear a belief is not a thought. A belief is a mental acceptance of a claim as likely true while thought is a form created in the mind.

Example:
‍In order to discover a belief that I had, I picked one result in my life that couldn’t accept: putting others’ ideas in front of mine.
Every time I did that, I was left with inner conversations that my ideas don't matter and as a result, I failed to deliver the tasks or I worked my ass off to deliver a mediocre job.
All of this led me to the same question: what was in my head if I allowed that to happen?
‍Now, considering the characteristics of a belief I presented above, I paid attention to my persistent actions and realised that they were related to the belief that I am worthless.

When and how is a belief created?

We form our beliefs by the age of 7. They are created based on our environments; what we were told, what we heard, what we observed and experienced from our parents or other main caregivers.

Our beliefs are also the conclusions we draw from those experiences and as a result, we form beliefs about ourselves, about others and the world around us.
We create our beliefs consciously as well as unconsciously and we hold them, dear.

Our beliefs fulfil part of our safety needs. And because our brain needs to have beliefs in order to feel safe, we create a whole system of beliefs that forms the map of our inner and outer world and all that by the age of 7.

This map is called your belief system, a system that guides us in our everyday functioning. Without our maps, we are likely to feel lost. That’s why we keep on reinforcing it by repetition.

Relationship between your belief and your inner conversation

Now considering the example I gave you above, my inner conversation of “being worthless”, think about what kind of people I attracted in my life with this kind of mindset. All I can tell is that they were mostly sceptical, arrogant, dominant or indifferent - a perfect match with my inner conversations.

Now comes the question: what appeared first, my belief or all these people around me?

It might look so easy to understand that my mindset came first, but it took me almost 20 years to realise that. It also made me realise that as long as my belief remained secret, it had power over me and over my inner conversations.

“People hang onto their beliefs even if they are limiting or fly in the face of evidence to the contrary. On some level, people might know their beliefs do not make sense and are contrary to all evidence, but as the latest research in neuroscience tells us, beliefs that are not consciously and deliberately challenged will always win out over evidenced-based and reality.” (Tao de Haas)

If all comes to my brain wanting to keep me safe and hang onto the belief I created during my childhood, I can only congratulate my brain for loving me so much and doing such a huge job. Now it’s up to me to change that and rewrite those neuronal connections.

How is a helplessness conversation created?

I will give you an example of the first start-up that I joined to work on. We were preparing for a big launch on a worldwide startup platform. I prepared for the launch for 4 months, researching, gathering followers to upvote, engaging in the community of that platform and so on. The day we wanted to launch, my mom called and said that even if 14 days passed after she tested positive with COVID, she was feeling worse and she needed a ventilator.

I panicked and cancelled the launch and flew back home to take care of my mom, as there were no available places in the hospital. We had to delay the launch by a month, which was crucial at that moment.

Regardless of the reason why we didn’t launch the day we planned, the fact that it happened has 2 consequences:
1. The lack of success.
2. I reinforced my helplessness inner conversations. They looked like this: ‘I disappointed my team.”; “I can’t get anything done.”; “I abandon all the projects.”; “ I am useless.”, etc. Here is the goal of launching the startup illustrated in the image below.

As a result, I insulted myself and the COVID pandemic - GREAT! Take a look at the picture below.

As my mom got better, my brother and I decided to take her to Greece as she wanted to breathe some salty air. At the same time, my guilt towards the team, made me accept to launch the startup while I was there in Greece with her. So on the launch day, I literally didn’t move out of the room for 24h hours, DM people to help with the vote and so on. This also led me to not be present for my mom during that “vacation”, about 2 days out of 5 I worked and 1 day I needed to recover some sleep.

FANTASTIC! You see how this bowl rolls? I think you get the idea. Below you can find a photo from that day of launch. I know I look like a zombie.

Note: You see, whenever you insult yourself or have a negative inner conversation your limbic brain, the one responsible for the emotional state will try to keep you safe and compensate for your inner conversation through “favours” to the outside world. Take a look at the picture below!

Example:
"I feel like a failure" - so in order to be able to belong to the group it’s necessary to:
- says “yes” when it’s actually a “no”
- put others’ needs first
- pretend everything is fine
- accept to help people so that they don’t see how I see myself
‍
You get the idea! And if you are still sceptical ask yourself what’s your true intention to every of your action.

Andrew Huberman says: The science of “belief effects”(distinct from placebo effects), shows that what we think can significantly impact:
- Weight loss
- Hormones response to food
- Cardiovascular immune
- Whether stress is immune-enhancing or depleting.
‍Mindset isn’t everything but it matters.

When we talk negatively about ourselves we increase epinephrine (adrenaline), dopamine (pleasure hormone), and norepinephrine (a hormone that triggers fight or flight) in our body.

These hormones circulate in our blood and increase our cortisol (stress) levels. Now if cortisol is chronically present in the blood, it can decrease the volume of the left prefrontal cortex of the brain. This is the area of the brain that regulates positive thinking. So, in short, the effects of negative self-talk can actually shrink areas of your brain.

‍When your hormones circulate in this way, it creates a feedback loop that affects our mood, weight control, motivation, and heart health, it causes anxiety, depression, perfectionism, low self-esteem, and chronic fatigue.

Thinking on how my negative thoughts affect my body chemistry, I had no doubts that I had to change it, by creating new neuronal connections in my brain.
‍
‍The building material of these connections is called myelin. Myelin is very abundant before age 8 and during puberty. But after the age of 25 myelin is as abundant and this is why learning new things or building new habits require more conscious effort.
But this is not impossible - we can still change this by creating new connections between our neurons because our brains have neuroplasticity - which is its capacity to change itself.

Loretta G. Breuning PhD, a professor emerita of management at California State University East Bay, says that we can manage our brain chemicals when we know the job they evolved to do.
So I decided to change my belief of “not being worthy” by creating new memories of me keeping my word every time I say something to myself or to others.

Dr. Breuning says that we can build a new neural circuit if we repeat a new behaviour or thought pattern for 45 days without fail. During that time, the new choice feels wrong, even when you know it’s right because it doesn’t flow with your lifetime of experience with rewards and pain.
To make sure I don’t fail to build my new belief, I was listening to my personalised self-talk audio every single time I think negatively of myself or I caught myself acting like I don’t matter.

Trust me, this new mindset changed the entire game. Ask my co-founder, Elena, for my details! 🙂

You can get your personalised self-talk audio here, by filling out this form, you will help us understand your inner conversation regarding a topic and create your own audio to listen to for 45 days!

Be at peace with your mind!🧡

Hi folks, my name is Viorica. I’m the co-founder of SelfTalk. Let’s connect on LinkedIn or Twitter. I am pleased to meet you.